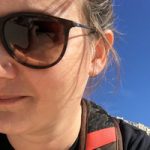 Policies of memory, politics of forgetting a comparative study of social memory and cultural heritage in Brazil and the United States. 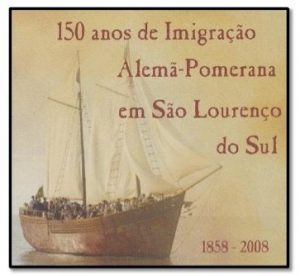 The comparative study proposed in this research between German-Pomeranians/Brazil and Native Americans Tiguas/USA, despite the differences in the historic and geographic trajectories, highlights similarities in the effects that contemporary public policies may exert in processes of social memory projection and selection of what will and what will not be recognized as cultural heritage.

In fact, as current discussions in the fields of Anthropology, memory and cultural heritage suggest, remembering and forgetting are two faces of the same coin. Therefore, processes of identity claims, particularly those fostered in the context of tourism globalization and mass culture, may present the risk of oblivion to other less empowered social groups, therefore constituting a threat to the very tenets of diversity.

In this theoretical context social memory and the preservation of heritage references are dependent on contemporary social and political contexts in which remembering and forgetting are negotiated practices, part of heritage and identity strategies of a people. It is from this perspective that we seek to observe the importance of heritage public policies and their effects in the construction of collective memories opposed to the risk of social oblivion.

This research proposes a discussion regarding the processes of construction and selection of social memory and cultural heritage in contemporary claims of cultural recognition. It will be examined the trajectories of two distinct groups, one of German-Pomeranians descendants in São Lourenço do Sul, Brazil, and another of Native Americans Tiguas, in El Paso, Texas. It aims at building a comparative study taking in account the role of public heritage policies and their effects regarding the construction of collective memories and consequent risk of social oblivion of less empowered groups.

The trajectory of the group of German-Pomeranians in southern Brazil begins at the end of the 19th century (1884) with the income of free-labor immigrants to work in agricultural colonies in the region, extending through the period of economic decline of the rural area in the decade of 1960’s. In 2005, in order to

reinvigorate the self-esteem of São Lourenço’s citizens, particularly those of the rural area, we start seeing the emergence of public policies towards cultural valorization. These policies sought to create alternatives for improving jobs and income through public-private partnerships, based on cultural resources pertaining the history of immigration, folklore, culture and gastronomy, aiming at strengthening tourism in the region.

On the other side, the trajectory of the Native Americans Tigua group in the American southwest starts at the end of the 17th century, with the movement anti-Spanish domination known as the Pueblos Revolt (1680), passing through the annexation of the Tigua lands into the North American territory, nowadays 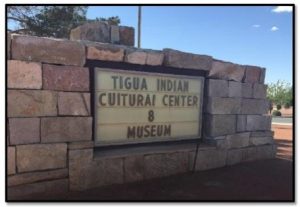 El Paso, Texas, and extending until the emergence of state and federal recognition policies established in the US legislation starting in the 1960’s, when the Tigua envisioned the opportunity to establish a new sociopolitical context and spatiality.

Meanwhile, history and memory are also made up of details and more or less fuzzy characters, whose participation in the socio-historical processes are constantly obliterated in official efforts to frame the memory. We found that the loss of biographical and materials bearers of that period, associated with the selection made by the public memory for the sake of Pomeranian cultural heritage has resulted in the 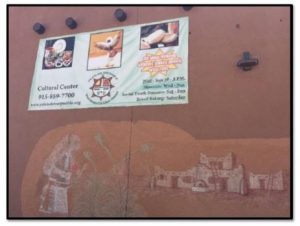 expropriation of the constituent elements of the historical heritage of the city, affecting the perception of history and the collective sense of belonging.

The past has been transformed into a product called heritage and this heritage has been interpreted according to demands from the present. If the interpretation emerges as a regulative agent for the determination of heritage, it is closely linked to power struggles of social memory of a given society, identity claims and mainly political interests fostered by tourism.

We could observe that there is a collective feeling of nostalgia of the past in contemporary times, which prompted the emergence of a patrimonial market, parallel to the logic of singularity, stimulated by commercial values. Heritage has become an essential component of the tourist industry with economic and social implications.

Tourist exploitation of patrimonial resources allows the reverting of the strong tendency of concentration of tourism along the coast, attracting tourism to countryside, in the small towns, with a more equitable distribution of its 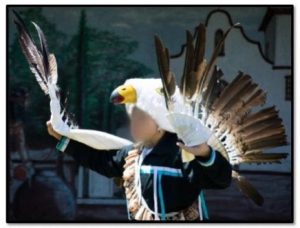 benefits, generating employment and income, revitalizing local economies. On the other hand, the use of heritage for the purpose of mass tourism ends up threatening local identities.

In some cases, this trend of commercial valorization of heritage has generated extreme versions of tourist use of the heritage resources. Not only the material vestiges have been converted into spectacles, but entire cultures have been selling the illusion of the past through models that have nothing to do with reality. These are the new places of worship, which feed on myths of material well-being, leisure and consumerism, manufactured by a hyper-real civilization that builds illusory stages because it needs an imaginary history.

The modern tourist in search of authenticity often ends up reflecting a constructed vision of the primitive, the natural, of what is still untouched by modernity, expecting to find it in other times and other places, something that is absent in her own world, and thus consolidating a form of alienation. Therefore came up the concern, for this debate, regarding the authenticity of the groups involved with the valorization of their cultures and history, in the context of the performance, which led to the realization of this comparative study.

From the discussions presented above, we observe the complexity which underlies the processes of cultural and identitarian recognition, thus the importance of studying in depth the interests involved in policy-making regarding the empowerment of certain groups and the selection of cultural elements within heritage projects. It directly concerns the development of legal actions and methodologies towards public policies connected to heritage tourism and preservation.

Considering both studied groups developed their trajectories in quite dissimilar historic and geographic settings, it is surprising the similarities involved in the processes of modern recognition. It became evident during this research that the identification of what constitutes our heritage is subject to a sociopolitical force field which conditions how we look towards the past in search for legitimacy to present decisions and future expectancy. This scenario is particularly critical within the context of globalization, tourism and mass culture.

Cultural globalization, understood as a phenomenon by which the experience of everyday life is influenced by commodification and standardization of global expressions, is affecting how we look at our past, as cultural resources.

This work was the object of a PhD dissertation at Texas A&M University: