Under construction to the National Museum of Oman.

The baghla was the largest traditional deep-sea trading and cargo carrier vessel of the Gulf.

She was the most ornamented of the big Arabian ships and was considered the aristocrat vessel of the Indian Ocean. She had two or occasionally three masts. She was fitted on each side with projections similar to quarter galleries, to resemble those found along the sides of the European designed line-of-battle ships from the XVIII and XIX. These quarter galleries were entirely ornamental, The stempost curved up gently to the stem-head prolonged by the addition of a bollard decoration, peculiar to the baghla.

The baghla was predominantly a merchant vessel, but it could be armed to be used in warfare activities.

This  is the model of a big armed baghla with approx. 40 metres long and 45 metre high , armed with 10 Blomefield 12-pounder cannons  12 pounder Blomefield pattern cannons. 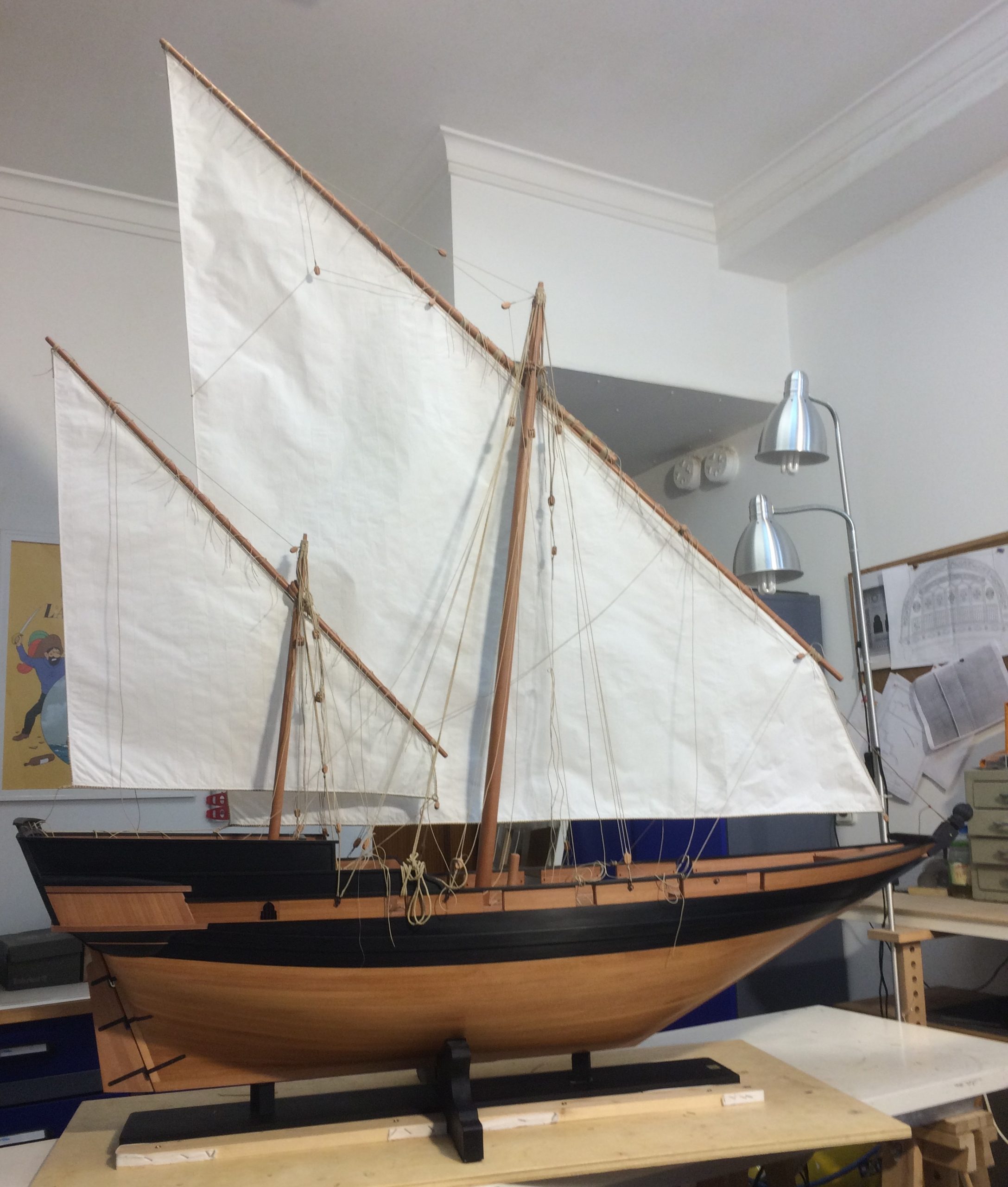 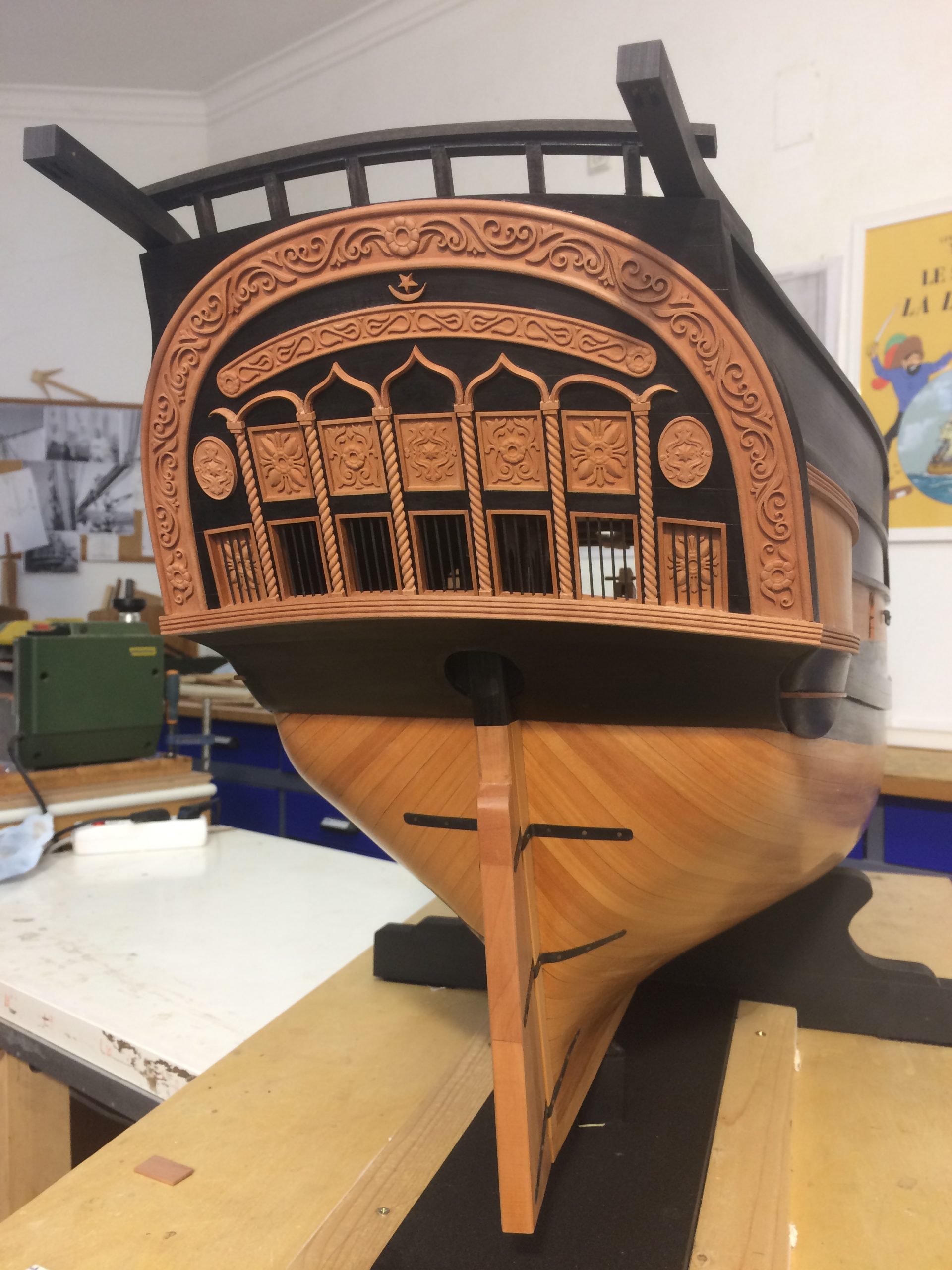 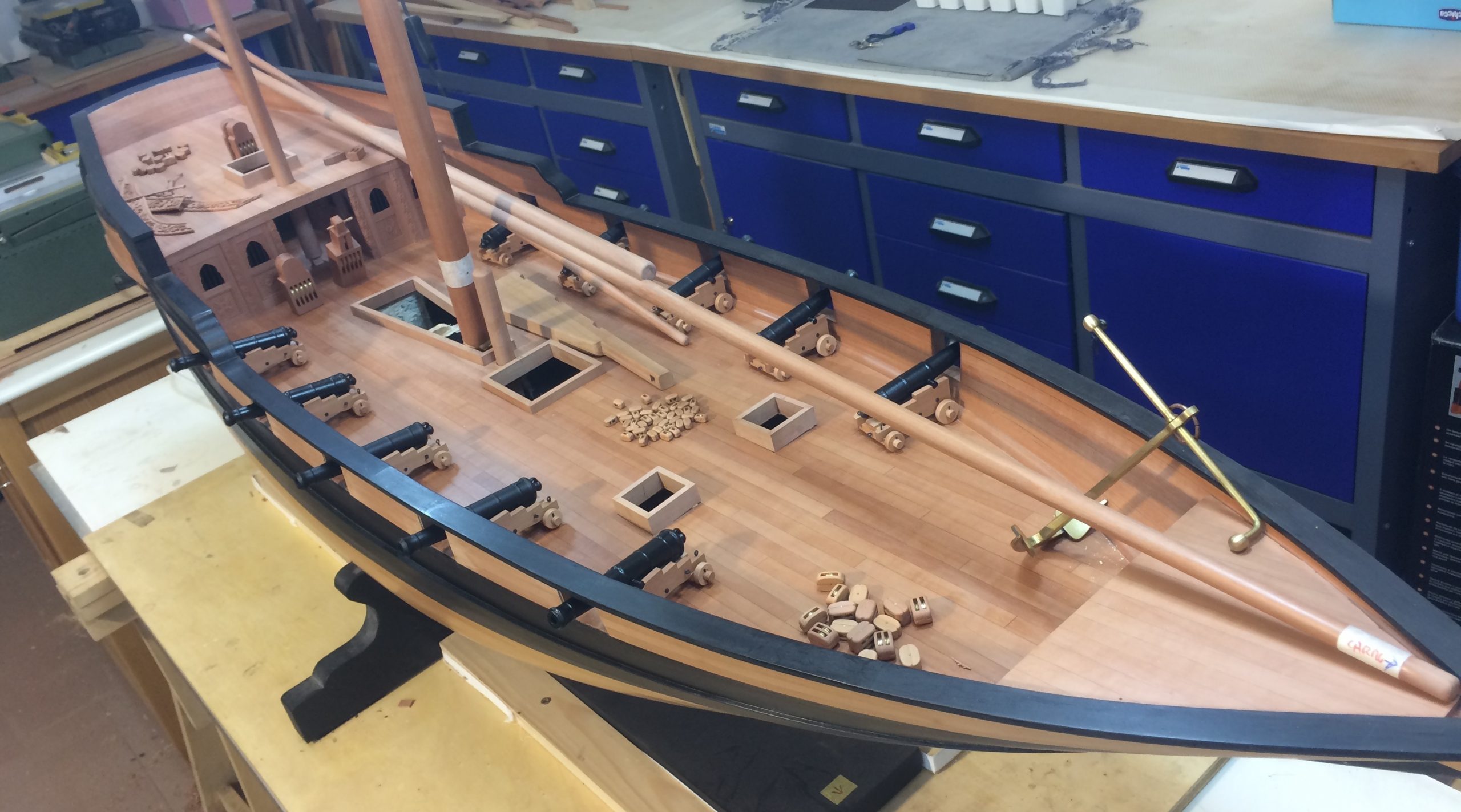 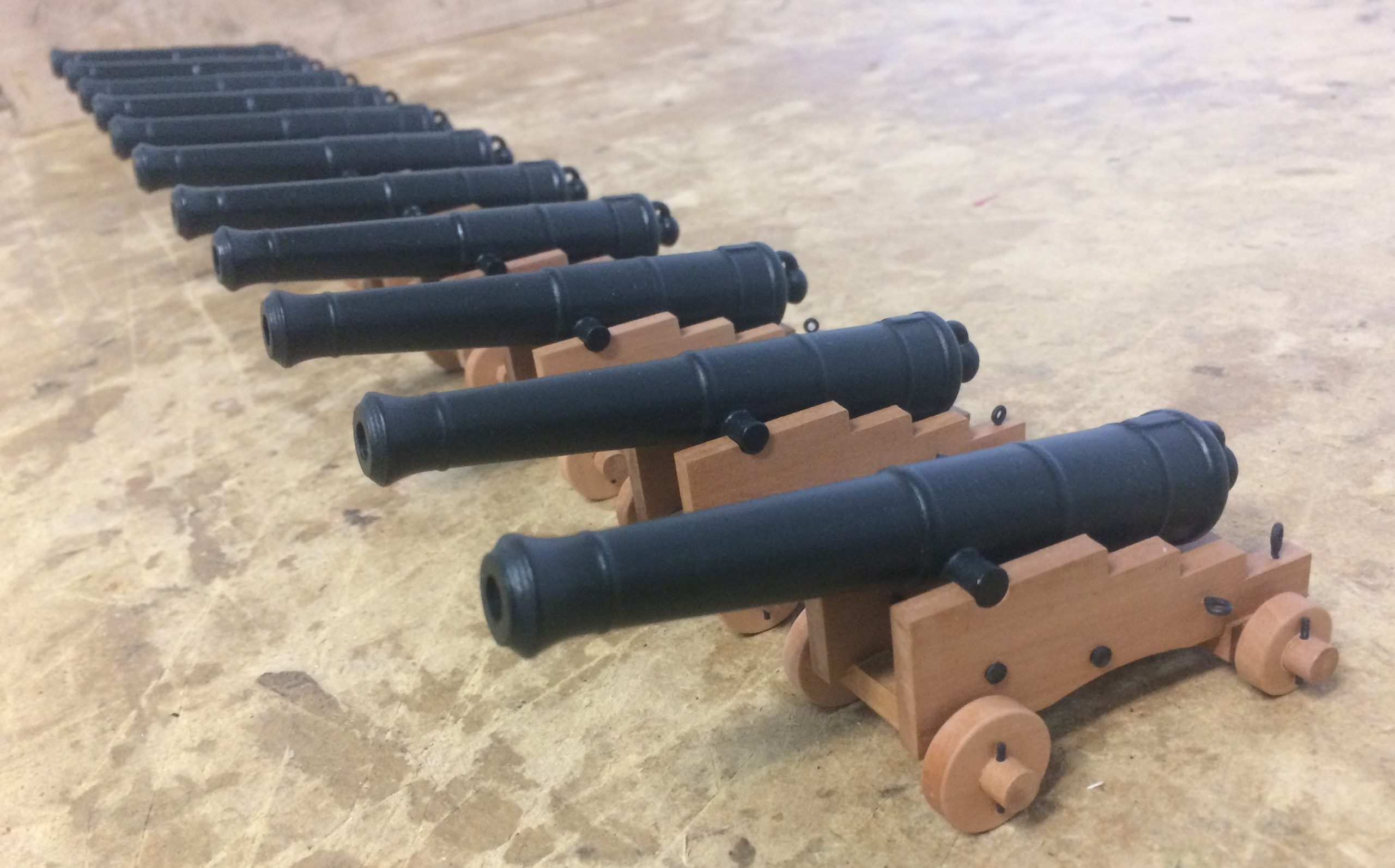 The Blomefield pattern gun, named after Major General Sir Thomas Blomefield was of improved design with a strengthened breech. It could fire to a maximum range of 2,435 yards ( approx. 2.215 metres). In the early XIX it was regarded as the most efficient breaching weapon known. Its round shot could penetrate 12 feet (approx. 4 metres) of rammed earth. It remained in service until the advent of breech-loading guns in the 1860s.

This model will be displayed with the natural colors of the woods (Swiss steamed pear wood and African ebony). No paint .

The original vessel  had a complement of 70 to 100 men and a maximum speed of 8 to 9 knots. Windward ability was about 45 degrees of the wind. With a leeway added 10-25 degrees, so that she sailed at an effective 65-70 degrees off the wind.